On his thirtieth wedding anniversary, a friend shared the secret of their happy marriage. “Early on, my wife suggested that she would make all the small decisions and would come to me for all the major ones. All these years have passed, and we haven’t had one major decision.” Facetious, for sure, yet there is wisdom in acknowledging the relatively small number of major decisions in life. Don’t sweat the small stuff, and you won’t sweat much at all.

James 1:19 says, “Everyone should be quick to listen, slow to speak and slow to become angry.” During the next few days you’ll be tested. Your husband is going to blow his nose like a foghorn. Your wife is going to take her half of the garage in the middle. But don’t give up your joy—or theirs—over something that’s not worth sweating. 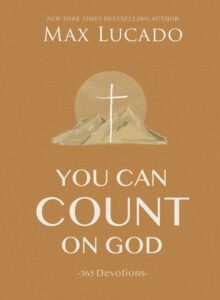